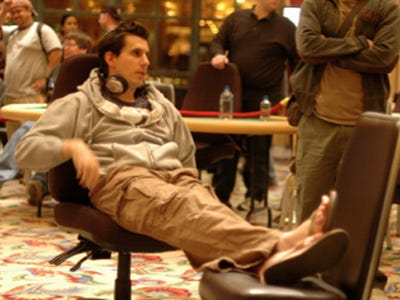 Bob Voulgaris had become one of the most successful sports gamblers in the world when, in 2004, he started to lose. It wasn’t just a streak of bad luck, a series of randomly unfavorable outcomes that could last only so long. His edge, he realized, was gone.

He had begun betting on sports in the late 1990s, and within five years, before he had reached his 30th birthday, Voulgaris had accumulated a fortune. He says he routinely wagered a million dollars in a single day of NBA games. He considered his mean to be an unholy winning percentage that approached 70 percent. A man of no fixed address, he dated models and traveled the world. He was also an accomplished poker player, buying his way into high-stakes games from Las Vegas to Macau. He was essentially leading the fantasy life of your basic under-35 North American male. Road to Success in Handicapping Business
Scroll to top